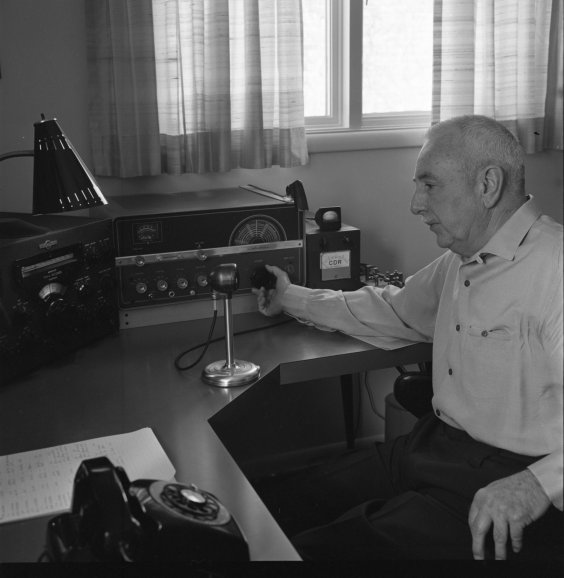 The original W8ER Robert V Austin, was born in 1904 in Geneva Ohio to Dr Henry and Mary Austin. He graduated from the University of Michigan and worked as an engineer for Detroit Edison. He lived in Ann Arbor. Robert received his amateur radio license in 1921.

Robert Austin was a regular participant in the National Eye Bank Network. The picture to the right was taken in 1964 with his trusty Hallicrafters HT-37 and Collins 75A4.

After retirement Robert sold his home in Ann Arbor and moved to Beverly Hills Florida. He became a silent key in March of 2000 at 96 years of age.

His license expired in 2004 and that is when I became W8ER. 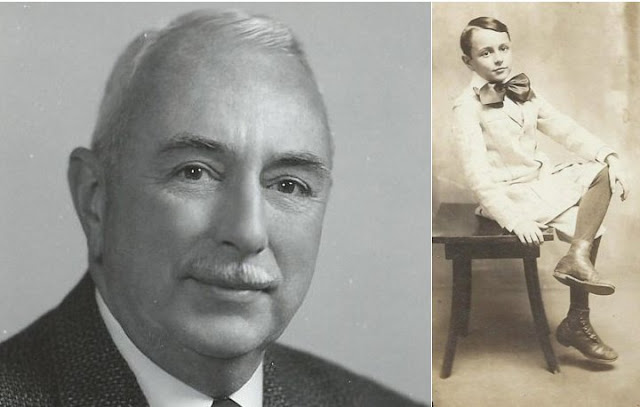