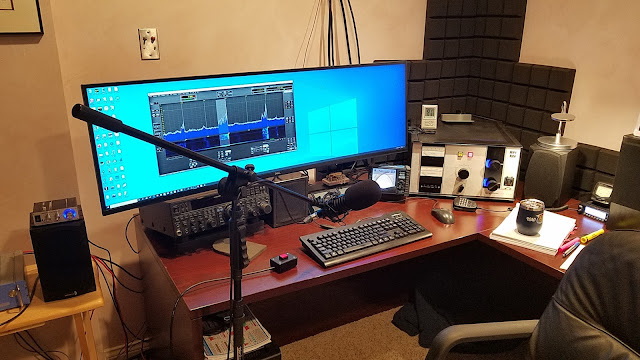 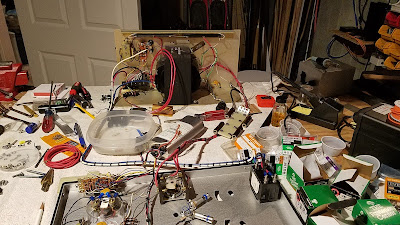 During the project … this is where knitting entered my mind as a more relaxing hobby! The original -500Z tubes finally gave out after a few months shy of 30 years in service.  When the anode shorted to the grid on one of the tubes it blew the safety resistor in the B- path.  While waiting on a new set of tubes to arrive, I got thinking maybe I should replace the HV caps while I have the amp apart.  Spending way too much time analyzing the pros and cons of the different array of electrolytic caps on the market, Jim K8IH, volunteered an oil filled to replace the string of 8.  So, I took him up on the offer … but that presented another problem with the bleeder/equalizing resistor string.This is the old caps and resistors. 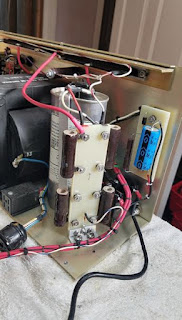 The oil filed cap, about 35uF/ 5kv, is in the background with the new bleeder string in front.  I used four 50k/25 watt wire wounds and mounted them vertically to fit the space.  The blue cap on the right side is part of the soft start circuit.  Debated the usefulness of a soft start circuit but once again, while I had it apart, thought what the heck and put one in. 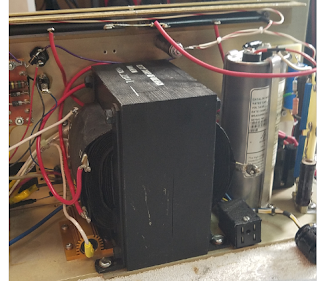 Underneath the transformer on the left hand side is the resistor for the main feed which is part of the soft start.  Not much room in this amp for changes!  The oil filled cap can be seen on the right … I had to make a couple of clamps to hold it in place. 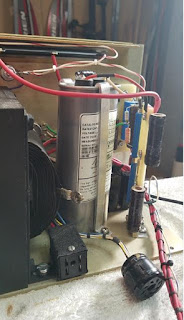 Look at the two long blue resistors on the back of the bleeder resistor board - these add up to 4M ohms for the voltage drop to feed the HV meter on the front panel.  The two small resistor towards the top are the voltage dividers for the ALC. 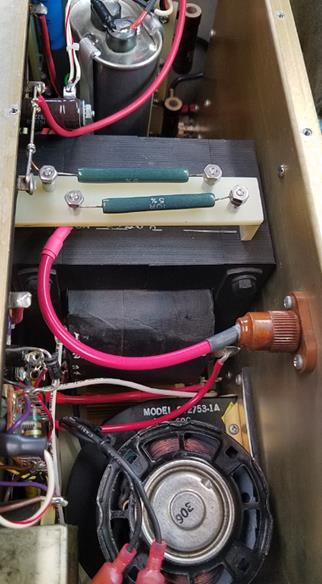 Here's another project that Randy took headon! It's a Symetrix 528E that needed some TLC. It looks great and I suspect that it will sound just as good. 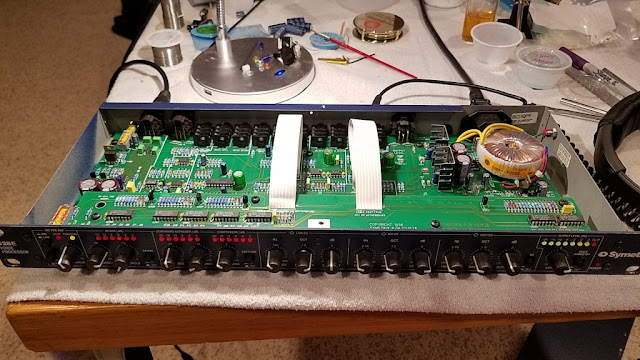