On August 8 2021 I placed an order with Makerfabs of Shenzhen China for a small HF SDR transceiver called the Hermes Lite 2. Note that this is Build #9. There were 3 pieces, the transceiver, the filter board and the case.

There were several things that drew me in to make the purchase. First, was that it was extremely clever. It uses a modem chip that normally is used in cable TV modems, made in huge quantites and is inexpensive. It can run with several pieces of software, on both Linux and Windows, and will run with Thetis. It supports PureSignal.

The transceiver will need to be assembled when it arrives. It shouldn't take more than a couple of hours to accomplish. That's only half of it however. There's the software setup and configuration on the computer.

I had considerable difficulty locating the  downloads. I sent Joe LB1HI an email and he responded with a set of links that did the job. It's all on Github but where I was plundering, it was not showing me the downloads. Thanks to Joe for his help and I pass his links on to you below.

I downloaded the original Thetis 2.8.11 from Github. Be sure to download the x86 version of the installer. The beta 2.8.12 HL2 mods will not work with the 64 bit version! The next step is to run the installer.

Next download the modified version of Thetis 2.8.12b5 from Github. This is not a complete program. It is a zip file containing the files that have been modified to accommodate the HL2.

The software setup is very straightforward. You simply install Thetis 2.8.11 from the Github link above. It creates the necessary folders for you. Then you download the 2.8.12b5 files from Github.  Unzip the files and move them into a folder of your choice. I created a folder called OpenHPSDRHL2 under Program Files x86. I made a desktop shortcut to the Thetis.exe file, in that folder, to start the program.

I received the HL2 at about 4:30 this afternoon (Thursday 9-3). The delivery was by DHL and scheduled for yesterday, which would have been 6 days. However 7 days from Shenzhen isn't bad! Here's what I received: 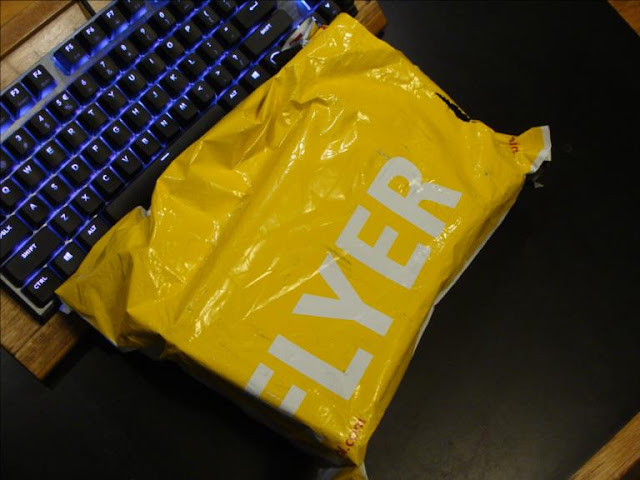 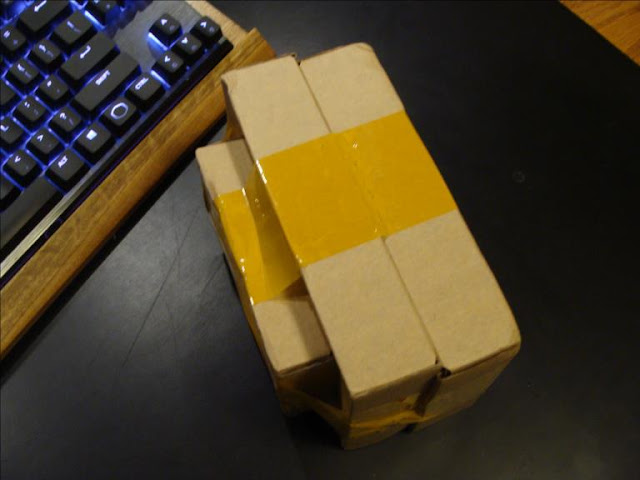 Sitting alongside my 7000DLE, it's really small: 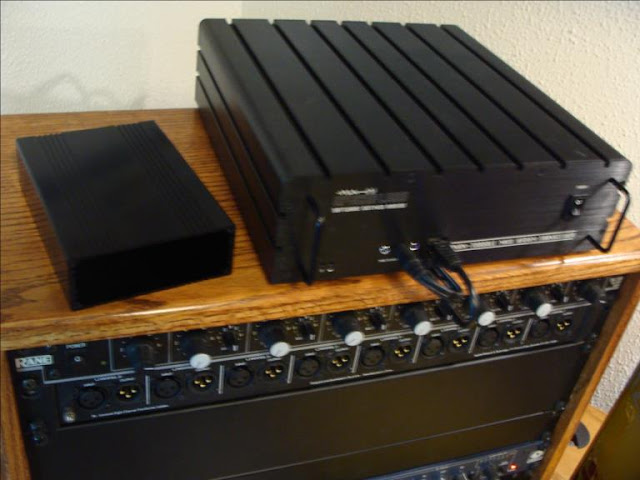 After unpaking and looking everything over, I attached the rear plate to the bottom part of the case. I removed the HL2 board and slid it in the proper slot in the case, from the front and attached the front plate with the bottom 2 screws. Sliding the main board forward, and making all of the front jacks and holes match up, I could easily see where the heatsink hole should be located. I used a 1/8 inch bit, which fits the hole perfectly, with the sharp end down and twisted it to mark the spot where the heat sink hole is to be drilled.

Removing the front panel and board, I used a center punch and lightly tapped it to create a perfect spot for the drill to begin. I might add that you do not want to hit the center punch very hard. You do not want to dimple or distort the area of the case that will need to contact the heat transfer piece. For the same reason do NOT use a Dremel or other power tool for the job. You need to remove paint not metal and a power tool will be much too aggresive.

Before drilling, I reinserted the board back into the case and reattached the front panel to verify that the center punch mark was exactly where I wanted it. 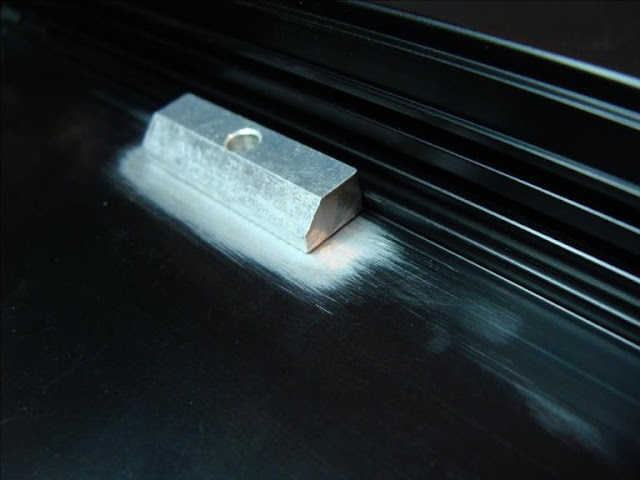 Now I turned my attention to the heat transfer piece. All metal surfaces should be as polished as possible to maximize the metal to metal contact area. Yes, I will use heat sink compound but just a very thin coat will be needed. Here are the heat sink surfaces that I also polished with 1000 grit sandpaper. Notice the difference from the picture above, before the surfaces were treated. 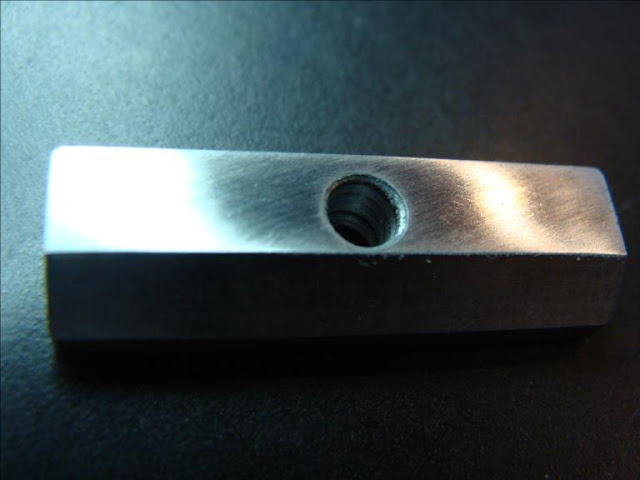 Using a new 1/8 bit, I carefully drilled the heat sink hole. I purchased 3x12mm black hardware and it's the perfect fit.
Note also that the case is supplied with screws to attach the front and rear panels. Unfortunately they are flat head screws and tightening them will cause the front panel to warp. The front and rear panels are both quite thin and distort easily. The screws are also the 3 mm size and picking up some pan head screws are recommended. My local Menards had a good selection of black metric hardware!
After putting a light coat of Arctic Silver heat sink compound on the mating pieces, I slid the board and heat sink hardware into place and fastened it down. It appears to work quite well. Using a laser thermometer and the inbuilt heat sensor I can verify that the case stays in the range between 30 deg C and 40 deg C during SSB QSO's. I have not tried FT8 with the HL2. The case, to the touch, feels luke warm and even after long transmissions, it never gets close to hot or even warm. 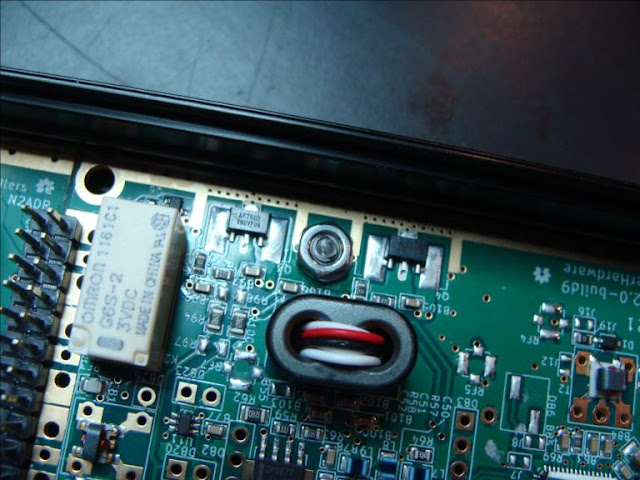 Next, I installed the rear panel, the heatsinks and the connector that connects the harmonic filter and the HL2 motherboard. 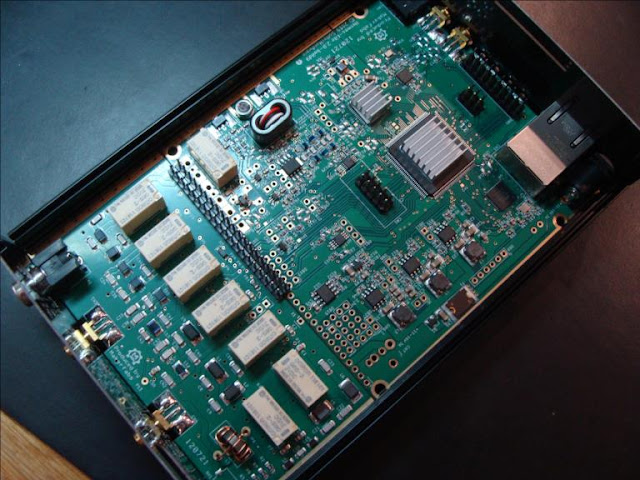 Here is the mechanically completed Hermes Lite 2. Next is the big power up mode. I have chosen to use Thetis 2.8.12b5 which has been tailored to the HL2 but is almost an exact version that I use to run the Anan 7000DLE. 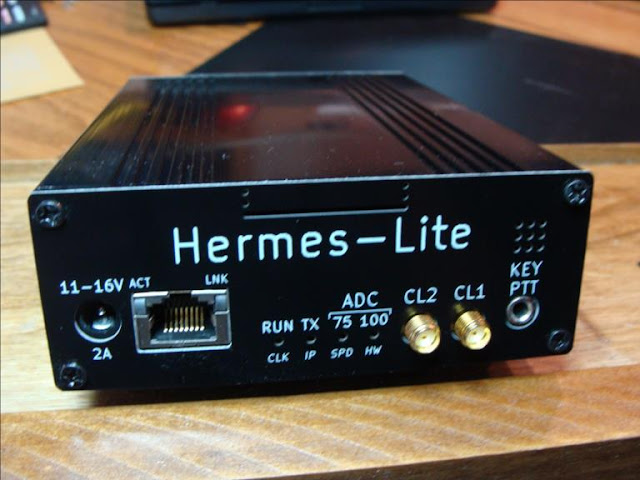 I first brought up Thetis. It appears that you must have a microphone plugged into the computer or VAC recognizes what it called an "empty channel"!
Thetis comes up by default on 10 mhz WWV. I set the frequency cal and clicked 80M and there was Jack on 3860, the second signal heard on the HL2.
Later I heard Jack testing and recorded him and shot him the email. He came back calling me on the air. I had no way to transmit, I thought, but picked up the headset and hit transmit. He heard me!!! 3 watts PEP and nearly 200 miles on 80 meters in the daytime!
Here she is while in contact with WB8BFS on 3660: 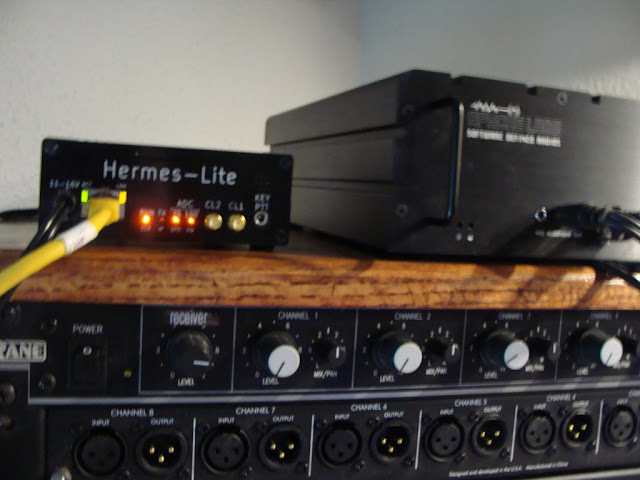 There was no trouble getting the HL2 working with Thetis. The only caution is that you must use the 32 bit version of Thetis as the base. If you try to use the 64 bit version, when you try to execute Thetis.exe you will get all kinds of errors regarding not finding the correct .dll's.

This morning I used LinHPSDR on Linux Mint 20.2 on the air. It loaded and configured as the instructions say. It was a pleasure to use and quite different than Thetis but it worked well. Both LinHPSDR and Thetis support Pure Signal which I want to tackle soon.

I tried loading the Raspberry Pi and was not sucessful.